Listen Live
A Hufcor trailer sits outside of the Hufcor building Tuesday, Sept. 20, 2022, in Janesville, Wis. Angela Major/WPR
Former workers from a Janesville factory that was closed earlier this year say they unexpectedly lost their health care coverage.
Hufcor Inc. in Janesville manufactured movable partitions used to divide large rooms into smaller sections. In 2017, the company was purchased by the private equity firm Open Gate Capital. Last year, Open Gate announced that it would outsource the work to Mexico and more than 150 people would lose their jobs.
The company agreed to give employees health care coverage through COBRA for either 9 or 12 months depending on their tenure with Hufcor, said Richard Shorter, staff representative for IUE-CWA, the union that represented Hufcor’s manufacturing workers.
Over the summer, the union was informed that the benefits were expiring because the company was going through a type of bankruptcy known as receivership, Shorter said. He estimates that 20 to 30 former employees could have been affected.
“This was a deal that was created between both parties,” he said. “We lived up to our side, they’re supposed to live up to their side, and people were basically getting their feet swept underneath them.” 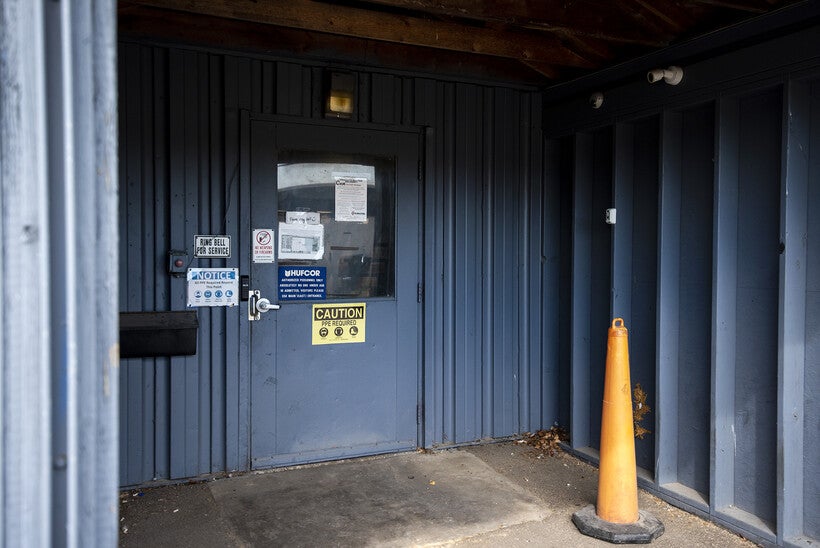 Yvonne Rhead worked at the Janesville facility for 22 years, and had her last day in April. She expected to have coverage through COBRA for 9 months. She had surgery on her foot in May, which she expected to be mostly covered.
So, Rhead was surprised to receive bills totaling approximately $25,000. She didn’t learn about the company’s receivership and its implications for her health coverage until June, she said.
“The insurance thing was a shocker,” she said, adding that if she’d known the surgery wasn’t going to be covered, she wouldn’t have gotten the procedure. Rhead had made COBRA payments for the months of May and June, and was refunded for June, she said.
On Monday Democratic U.S. Sen. Tammy Baldwin sent a letter to Open Gate Capital CEO Andrea Nikou urging the company to restore the benefits.
“As a result of your mismanagement, dozens of former Hufcor workers—some of whom have life-threatening illnesses—are without health coverage,” the letter read. “I once again to urge you to stand by the agreement your company negotiated with the workers.”
Hufcor and Open Gate Capital did not immediately respond to requests for comment.
View the discussion thread.
Sponsored by:
Become a WPR Sponsor
Sponsored by:
Become a WPR Sponsor
Wisconsin Public Radio
For questions or comments, contact WPR’s Audience Services at 1-800-747-7444, email listener@wpr.org or use our Listener Feedback form.
Find out how to Support WPR.
View our privacy policy.
© 2022 by Wisconsin Public Radio, a service of the Wisconsin Educational Communications Board and the University of Wisconsin-Madison.